Online dating is where you really can sense the reality of the sexual marketplace. Most women on online dating sites are going to be fat and ugly. Period. They think they can trick men by showing only their faces on pictures and then somehow magically an alpha is going to fall for them on a first date.

These are my top 5 observations on the online game.

1. A Profile Picture Says A Lot. 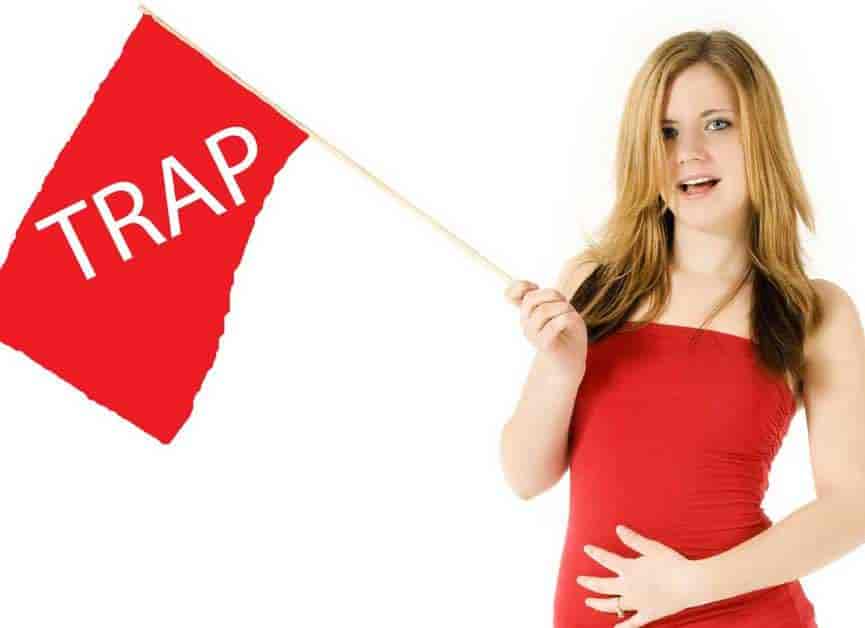 Now, there is an unwritten rule about online dating. If she has a group picture as her profile, she is probably the ugliest one.

I understand that there are women that simply cannot help themselves to lose weight, but why do you try to manipulate men to lose their time? There are guys that love plus size women, good guys, and I am sure you can find them. But don’t try to lose time to us, other men, that are not into you.

I am not laughing at their looks, I am simply criticizing the society that tolerates any kind of manipulation by women. I don’t photoshop my picture so I can look more ripped, no one does that. A guy will show what he has and if you like it great, if not, also great.

Ugly women can work on their body and get a hot body and draw the attention of a lot of men. And what is ugly to me can be beautiful to some other guy, that is true.

And if there is a picture of one hot and one fat girl, I bet she is the fat one.

But why would she put such a picture since you can just scroll and see her other pictures and conclude which one is her? Because some guys see a hot woman and they automatically swipe right.

Okay, but what will happen when a guy matches with her and sees her other pictures? Isn’t he going to reject her? Well, the answer to that question is my next point.

2. It’s not about sex, it’s about validation

You see, a fat girl getting a match from a handsome guy is a big dopamine boost. She knows that he is not interested in dating her or even chatting with her, but the match itself is enough for her to lie to herself about how she is still attractive.

It all comes down to validation. I am not saying hot girls don’t do that also, they do, neither am I saying girls are only looking for validation in an online game, but the truth is that there will be more girls interested in getting that dopamine spike than meeting a new guy.

3. Girls are looking to settle down.

There will be a lot of single mothers on Tinder and Badoo. They try to find a guy that will provide for their needs. It’s not an easy task to lock down a man that will do that. So, they need every chance they can get, that also includes being present on online dating websites.

There are also chicks that are looking for “relationship” only. At least that is what they say in their bio. Even though they know that Tinder is used for getting laid, they still put some stupid shit like “no hookups.” Fortunately, this is just a shit test. Yes, they want to hookup, especially with a guy who doesn’t give a fuck about what she wrote in her bio and is thinking only for himself, aka what he wants.

It is a perfect tactic to wideout betas. My friendly advice is if you see a girl type “no hookups” in her bio, try to do just that, hook up with her for a one night stand.

Have in mind that it also depends on the app you are using. If you use Seeking Arrangement website to meet girls, you will hardly find any wife material there.

4. You will learn a lot about immaturity.

You must have noticed the new trend of editing a cartoon dog or cat nose and animal ears onto a person’s face. What the hell are they thinking? That’s supposed to be cute? It’s very annoying. It can mean only 3 things:

It’s not a problem when girls have their own pet, the problem is when they want to satisfy their motherly instinct with a dog or cat because having a family at a young age and being traditional is almost none existent and very “uncool”.

Their body is screaming to have somebody to take care of, so they buy a dog – a small rat dog. If I were ever to be president, I would forbid buying pets before you have a child.

5. Bitchy and crazy women will talk about politics.

There are some girls that ask you to swipe left if you are a Trump supporter. No problem. However, as we said, women have no ideology and she will sleep with the biggest neo-nazi guy in the state if she thinks he is attractive. Him being nazi will only spice things up and make the whole relationship more interesting for her.

But, you should not enter the trap of discussing politics with her on Tinder, it can only end up badly. She can report you for racism and you know that Silicon Valley mafia is light on the censure trigger.

Now, I personally can’t think of any good reason to date a liberal, pro-death (abortus) or SJW women. You can only end up with false rape charges once you dump them. They are emotionally unstable and unhappy beings, especially if she brings politics that early in the conversation. Now, I had a period where I wanted to fuck only feminists that are hot, and if you want that too, I can’t stop you, I can even give you a great advice that the best way to attract these. No matter what they say, put on your MAGA hat and swipe right on them.

But it’s my obligation to let you know they can be dangerous and that you should always save any evidence you can use if she false charges you.