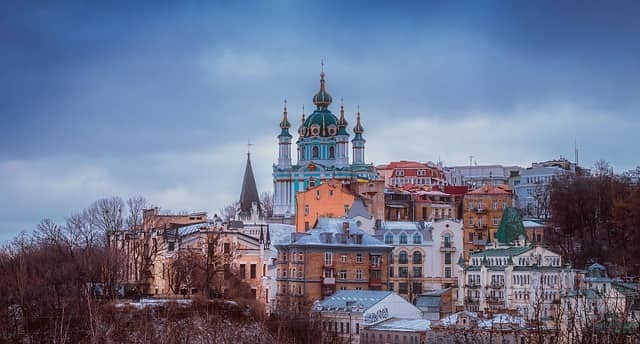 I know you heard a lot of stories about how beautiful the country is and especially women. And I will tell you something about it since I spent a few months there.

But first I want to tell you the reasons why you don’t want to go there.

Is Ukraine Too Good To Be True?

The reason I wish I never went to Ukraine is that whatever country I go to next,    in my mind there is always a comparison to Ukraine. And it is always in Ukraine favor.

For example, Prague was impressive architecturally, but when it comes to picking up girls, it’s not that spectacular.

Now in Serbia, I am facing the same Ukraine withdrawal symptoms. It ruined my traveling since I still want to see the world.

And you know what? It’s not just me.

Whenever I meet someone here in Serbia, Hungary or Prague who came from Ukraine, usually after 30 seconds to one minute they all compare things to Ukraine, whether it’s cheap prices, women or nightlife.

Ukraine is a European black hole. It draws you in with hot women, cheap prices of living and beautiful cities and never lets you go.

That being said, you have been warned. If you just want to come to Europe, start with the west, and go to east gradually, never the other way around.

When you hear that Ukrainian women are the most beautiful on the planet, know that it isn’t far from the truth.

They are also elegant and intelligent.

But what’s best in my opinion when it comes to Ukrainian women is that they know their role. Compared to western counterparts, Ukrainian girls cook clean and have babies. In fact, in some cities, they are even ashamed if they don’t have a family by the age of 26.

Feminism is almost nonexistent, especially outside Kiev, but because of that, it’s expected from men to provide and yes this means you have to pay for everything on a date.

The only downside to it is that they are somewhat cold. This doesn’t mean that they can’t show emotions and give you love, but it means that it takes time for that.

Did you even notice how western girls become best friends ever after 10 minutes? If you ask me, that’s very fake.

Ukrainian women are more cautious. They aren’t planning to be each other’s bridesmaids after 20 minutes.

Getting laid in Ukraine is all about day game

If you limit yourself to meeting women only in Nightclubs, you can be out of luck in this country. Why?

Simply because Nightlife is hit or miss and it takes time to find good clubs in every city.

However, Ukrainian girls are very communicative and open when you approach her on a street or during day time.

Level of “easiness” depends on three factors, your pick up skills, the city you are in and your looks. White guys with dark hair have an advantage. Black guys, Indians and blonde white folks are in a slight disadvantage.

Also when we talk about looks, make sure you dress well. The results I had when I dressed well vs the usual after the gym shorts and trainers were day and night difference.

Even though any kind of foreign novelty has worn off years ago, if you dress good and speak English it’s scream success and let’s not lie to ourselves. Very similar to Bangkok girls, eastern European girls still love successful foreigners very much.

When it comes to game skills and what works best, I found two things goes extremely well in Ukraine.

Ukrainian girls, very similar to Russian women, respond very well to the physical game. This means that you need to be more “aggressive” with them, more physical contact. Don’t be afraid to touch her and lead.

Because of their feminine nature, Ukrainian women respond very well to masculine men who know how to lead. It’s crucial for you to let her know she is ‘your property’ from the start. It may sound bad to some of the liberals that are reading this but this is the truth. If you want to get laid in Ukraine, you need to step up your physical game.

Another thing that you need to work on with your game in Ukraine is being somehow mysterious. Very similar to New Orleans in this sense. I usually fail in this but I saw many guys getting girls just by being mysterious. In other words, don’t tell everything about yourself. Keep her interested. And make sure you maintain strong eye contact.

Like I said before, picking up a good city is very important and it will determine your success. You need to choose but choose wisely. So let me tell you something about a few cities here in Ukraine:

Kiev is definitely the most westernized of all Ukraine cities. You will feel as if you are in a smaller NYC. Just much cheaper and without feminism.

If you have decent finances and above-average game, Kyiv can be good for you.

Kiev is great if you can afford to spend some money. Girls will expect you to pay for their drinks and food, but you also need to be experienced because there are a lot of golddiggers here.

If you don’t like fast-paced places, don’t like spending money going out or financially investing in women, save your time and pick some other city.

Odessa is great if you know what to do, and I will tell you right now – avoid local girls. They just want to show you how sweet, hot and caring they are. Don’t buy it. There are exceptions of course but most of them are really fake and definitely not wife material.

Good thing is that half of the girls came from other parts of Ukraine or ex USSR.

They are much more down to earth and communicative to talk to. And they are also much more open to ONS.

Because of this, don’t come before mid-June.

It’s a much cheaper and relaxed city. It’s one of the best places in Ukraine for one night stands. Both college and older girls are down to earth and ready for some ‘foreigner experience’.

The only downside to this city is that fewer girls speak English compared to Kiev or Odessa and it’s not that fancy. If you know some language or if you are ready to learn, this city is for you.

Lviv looks more European if you look at architecture. Much less materialistic than Kiev or Odessa. People here are culturally close to Poland.

It’s cheap and girls know English more often compared to other cities. Lot’s of nationalists but nothing crazy.

Lviv is a good place for picking up chicks if you are too lazy to learn some basic Russian.

English is not widely spoken, but you will have more luck with younger college students. Learning Russian is not hard and I recommend it over Ukrainian because everyone understands it in Ukraine and you can also use ti in Russia and other ex USSR countries.

If you really struggle with the language, I suggest Kiev and Lviv, those two cities have the highest percentage of English speaking hot girls.

Also, have in mind that girls are usually very shy to speak English, this is where you need to compliment her English so she can relax and speak freely.

Online dating in Ukraine is very popular, but if you only use Tinder as your main tool you are not using your potential.

Tinder is popular in the whole world but in some countries like Ukraine, other app’s are even more popular.

One of the most popular apps in Ukraine is Ukraine Date. It does come with a small fee but you won’t run into a bot or fake account for that reason. Make sure you check it out.

I felt pretty safe and never had any problems.

The only reason I can see that a foreigner can be in trouble is if he starts arguing about politics too much. Western Ukraine is pretty Russophobic, and even Kyiev to some degree. In Odesa it’s mixed, and if you go to Harkov people there are mostly pro-Russian.

But, my recommendation is to not pick Ukraine as your first destination, because you will find comparing every other country you go with Ukraine. And sooner or later you will find yourself wanting to get back.