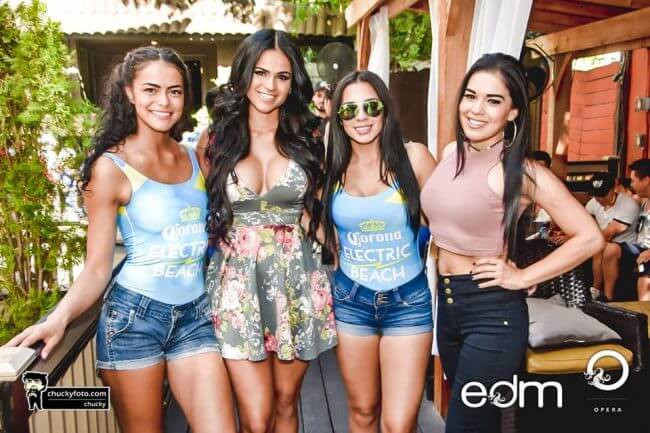 Good afternoon and let your morning wood salute its majesty “the city among woods”, one and only Atlanta, Georgia. The nickname came from its topographic features like dense tree coverage and rolling hills, but the women here are the real bliss: Make some space for Atlanta on your getting laid bucket list!

Atlanta is the capital city in the state of Georgia and also the 38th most populous city in the United States of America. The city serves as the cultural and economic center of the Atlanta metropolitan area, having 5.9 million citizens making it the ninth-largest metropolitan area in the nation.

This phenomenal city has a great impact on technology, research, education, art, media, and entertainment worldwide.

Feminism here is on the lower spectrum if you can say that for any state in this country. Atlanta made me realize we should still have hope.

Atlanta is the right place to soothe your eyes with aesthetically pleasing southern women. Atlanta girls are both irresistibly attractive and charming, just like girls in Tampa. When it comes to their numbers, you should know that there are more women in Atlanta than men.

This seems like a perfect opportunity to continuously score, but bear in mind that girls here are used to rude behaviors. This is why you need to be different.

Be the wolf in a sheep’s skin: act like a gentleman first, dominate them later. It shouldn’t take you long mastering the art of getting laid with Atlanta girls.

Apart from good looks, women here are welcoming to strangers. You will find them relatable and rather easy to fuck once you get under their skin.

Don’t miss out on Atlanta girls since they don’t mind the age when it comes to hooking up: Both young and older men will do for them, especially if they can cook. Another great thing about them is that they love to keep their body in shape so the regular workout is a must for them.

In Atlanta, you will definitely find a girl of your taste: Apart from a large number of beautiful ebonies you can find White girls, Asians, and Native American girls.

Hooking Up In Atlanta

The good thing to know is that hooking up in Atlanta won’t give you a headache. All you need to do is go to the right spots in the city where Atlanta women love to hang out. In general, you can pick them up in places like bars, lounges, and nightclubs along with shisha bars and dance clubs.

You can speed up your game by flashing some money just like in Denver, but don’t forget to bring a good attitude, paired with a good conversation starter and a good outfit to start your game strong.

The nightlife in Atlanta offers a dozen choices for you in terms of fun, socializing, dancing and entertainment. If you seek great places to party and to get laid in Atlanta, you will find perfect gaming spots midtown and around Atlantic Station. Very similar to getting laid in San Antonio. Below I listed some of the top-rated bars and nightclubs you should pay a visit to:

If you fancy rooftop bars you should check out Whiskey Blue in Buckhead. It has both an outdoor and an indoor bar area. This place is budget-friendly since drinks are cheap, but bear in mind that you must show up early because this place gets filled up pretty fast since there is no cover fee.

This further implies that a large number of young Atlanta girls will crowd the place, so order yourself whiskey on the rocks and find someone to rock your bed frame for the night.

Another place like this would be SkyLounge (110 Marietta St): It has a calm atmosphere, actual seating and lots of beautiful girls in the city around. To include, it is also a great place for isolation with girls so you can start your game at a slower pace and increase your chances of hooking up with a random hottie.

As for clubs, Havana Club (3112 Piedmont Rd) is a place you want to go to since it’s different from other clubs in the city: It has three different dance rooms and each plays distinct kinds of music; industrial, salsa and Top 40. At this club, everyone finds something to their liking.

There is a great variety of hot Atlanta girls ready to hook up with you. If you want to go the extra mile you can reserve a VIP table in the salsa room since the nicest ones are located there. A good time is guaranteed with eye candy mouth-watering girls swaying their hips to the rhythm for your pleasure. Entry to this venue is free if you show up before 11 PM.

If you fancy style, class and luxury Rose Bar Lounge (3115 Piedmont Rd) is a place for you. An eclectic theme and never disappointing performance from renowned DJs attract great numbers of celebrities, visitors and locals in Atlanta. Take the notion that a dress code is a must.

What a better place for you to flash Atlanta girls with your riches, and take them to your apartment later for some steamy afterparty sex. For those who like to be properly served there is a special cocktail waitress service at the VIP-seated section.

Picking up girls in Atlanta during the day is not an easy task because, like in any other big city, everyone is in a hurry and they might not notice people around them. You can try your shot with Atlanta girls in a crowded street during the day but don’t expect too much. Anyway, you can get lucky and run into a girl who fancies you, it’s just the chances are somehow slimmer compared to night gaming.

Another spot that offers very good chances for day gaming is the area around Atlantic Station. This extraordinary shopping plaza is situated in midtown and splendid location for you since it’s constantly roamed by numerous mature and young women in Atlanta.

It is one of the best places to hook up with Atlanta girls because of its variety of quality places to go to, such as restaurants, movies, and shopping.

Other spots in the city where you could pick up Atlanta girls during the day are Phipps Plaza, Cumberland Mall, Perimeter Mall, and Lenox Square.

Despite Atlanta being a reputable city, it has one of the highest rates of HIV in the USA. That’s why you should always bring protection with yourself while gaming.

As for the violence, even though crime levels are still high compared to other American cities, it should not concern you since most of the violence is related to the drug trade, and takes place in remote parts of the city. You should avoid areas such as Bankhead and Vine City in case you’re driving a car since the car theft rate is exceptionally high in this particular neighborhood.

For everything else just use your common sense and you will be fine.

Atlanta is a beautiful city with even more beautiful women, and it would be a pity not to pay it a visit. Go all out and enjoy yourself in this promised land of hookups!