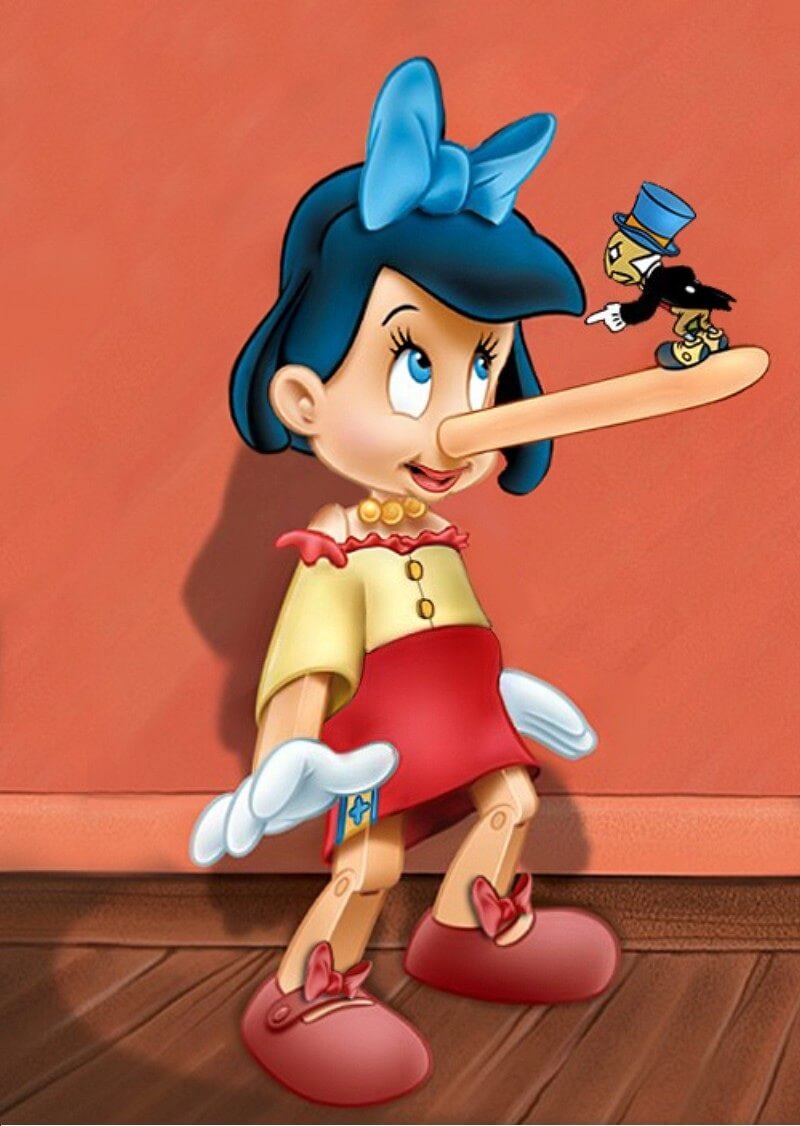 Every human being wants to know how to spot a lie. There are many techniques that promise you “secret” stuff so you can know whenever you are lied to. The truth is, when it comes to body language, there are only signs. Signs that are well known and easy to spot. So I did some research, and it turns out there is no secret thing, but if some of those signs show up, the chances of you being lied to are high.

Gestures and grimaces of a liar will be tense. Liars will use less hand movement, and that movement will take little space. All body actions, generally speaking, will take less space than usual.

Touching face – they will touch the lower part of the face, for example, nose, lips or cheek. That is a natural instinct, just like when a child covers his mouth after a lie, but with time, those reactions get less obvious.

Dishonest people will mostly avoid any eye contact. But they say that there are only two types of liars. Those that can’t look you into eyes, or those that stare into your eyes for too long without a single blink while lying. Maybe they are afraid, or they know that liars usually don’t look into eyes, so they keep the eye contact longer than usual.

Pupils will spread after a lie. So-called anime eyes. The consequence of adrenaline. This effect depends on the seriousness of a lie. If a lie isn’t dangerous, this doesn’t apply.

To liars, it’s uncomfortable to stand straight and upright in front of those who accuse them, and they will avoid holding their shoulders parallel with yours.

A cheater will often try to hide palms of their hand. This is also instinctively. Hands behind his back or in pockets are also one of the signs.

Liars will play with objects they are holding, things like a woman’s purse, phone, hair, bracelet. Sometimes they put the object as an obstacle between you two, sometimes something very simple, as a coffee cup. This is the subconscious defensive mechanism. This also indicates that the liar is stressed.

The tone of liars voice often times is not in accordance with his gestures or statements.

Dishonest people will use sarcasm when answering on accusations too many times.

While answering the questions, a liar will use more words. For example. Q: “ Did you cheat on me with him?” A:”I didn’t cheat on you with this guy.”

A liar will insert too many non-relevant details into the conversation. Just an attempt to please you.

Bad grammar and lack of sense in a story. In a way to make up a story too fast, they forget to put any sense into it or to say it in a proper way.

Cheaters rather hint something instead of denying. It gives them a chance to avoid lie because then they don’t need to put out statements that need proof. In a way, they hope that you won’t ask that same question in the same way.

Answering with a question

“Why are you asking me this?” or some similar question dishonest people use just to get more time to think about the real answer.

Those that are guilty will be angry and defensive before you even ask them. A normal person will be defensive and angry after you directly accuse them, but not before that.

A liar will throw information at you as long as they aren’t 100% sure you bought their story. If you stop talking, they will panic and tell you more. But remember, the liar will answer questions but very rarely will have his own for you.

Dishonest people will usually try to change the subject, that way they think that their lie is accepted. An honest person doesn’t want to change the potentially serious subject, that confuses him.
It’s important to say that these indicators are not indicating the same thing in every human being, just most of them. You should look if 3 or 4 of them matches. If that’s the case, the possibility you are being lied to increases.

If this is what you want to learn, and you are willing to put more time into it, I suggest you read the book Never Be Lied to Again: How to Get the Truth In 5 Minutes Or Less In Any Conversation Or Situation