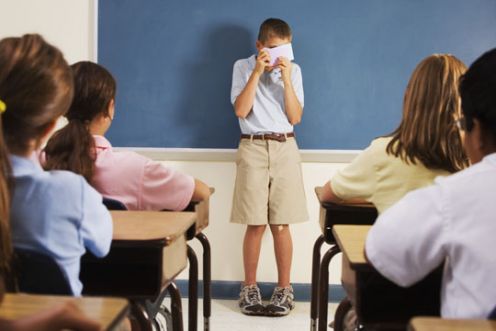 The need for stability

We wish we are beautiful, successful and strong. We wish we are rich and praised. All we want is to feel that we are loved, and we want to be loved in order to be safe, secure from loneliness and rejection, safe from illness, disappearance and death. Life is a constant run from death.

Fear of death clouds our mind, so we can’t see the beauty of life. Society, as a collective spirit, determines criteria for beauty, intelligence, morality and other values. Life – it is a struggle between what we are and what we strive for.

Adults, with their insecurities, drag their children into the world of conflict and imaginary ideals. Children represent their parents. When they grow up they transfer their weaknesses on their children. Thus extends from generation to generation in an unbroken chain.

This tendency is a constant message to children: “You’re not good enough.” There are few lucky children, who are loved by their parents for what they are. Parents want their children to be excellent students, strong, tall, slender, smart, brave… everything that they are not.

Such parents and society love is perfidious conditional love that creates detached personalities. Children grow with conflict tattooed on their souls, thinking that’s their true nature.

Later when they grow up, they identify with this primary wrong perceived image of themselves. This wrong perceived state of mind, imposed by the society and the family, is called shame.

Shame is an inner self-perception as an unworthy being. Shame is like a mini-program that produces thoughts, feelings, and actions, and sabotages the behavior of individuals, preventing creative expression. Shame exists as a primary thought: “I’m not good enough”.

From this initial convictions emerges all subsequent actions, feelings, and thoughts. The emotion behind the attitude, “I’m not good enough” is fear. Man, as an individual, lives in fear of social condemnation and punishment for failing to meet set criteria of good and bad.

Why would a man be afraid of judgment and social isolation?

Because he’s afraid of death, and he feels that he can’t live alone without the help from society. The man is a collective being. The gatherings in groups, associations, teams, clubs, religions and nations have the primary purpose, and that is to enhance the individual sense of security. If an individual doesn’t belong to any group, it inevitably creates a rise of fear that they won’t be able to survive in this stream of life.

That fear from social condemnation has a form of shame in its behavior. It is interesting how most shy people are not aware of their shame, nor the primary belief “I’m not good enough.” They may be aware of that uncomfortable feeling when they are in a big group, or that they have stage fright when performing in public events, to stutter or blush, sweat a lot, but they are not aware that they carry the engraved mindset of “I’m not good enough”.

Message as the root of shame

This subconscious state of mind is seen as a phantom. Shy people feel that there is something in them, which undermines their life, but do not know what that is. If somebody tells them that what they feel is a shame, they can intellectually understand what they are being told, but do not perceive it as a key to their problems.

This conviction, “I’m not good enough” has become their second nature. It is so fixed in people’s personalities, that one can not experience the opposite feeling. This conviction is the ghost of the past, which is composed of all the messages that we absorb from birth to when we are seven, eight years old. Messages that are written down to a value judgment, “You’re not good enough” is transmitted not only by words. Angry, frown or sneer look in the eyes can have a greater power than words to convey meaning. The look in the eyes is probably the most common way to convey messages that people send to each other.

Unfortunately, most people’s views are not filled with love. Even if parents love their children, the look in their eyes reveals their emotional state, for example, that they are disappointed, furious, angry or desperate, the child will interpret it in its psychological vocabulary, and he’ll think that it’s his fault.

And not only that. Shame and the belief “I’m not good enough” radiates from parents eyes, so the child absorbs it and adopts it as his own. There are various and numerous possibilities for creating shame. Parents and teachers often tell their children: “Shame on you” or “You are stupid,”You’re no good,” and so on. What can we say for a parent who says to his child: “You need a proper beating, get lost from my sight”. Those kind of messages are the seeds that, like every seed, has an invisible growth phase, but when sprouts, develops negative personality characteristics. Thus, a sense of shame is formed.

However, a child or an adult can create their own feeling of shame. In principle, shame is a mistake of the mind or reasoning, making a value judgment about oneself, others and relationships. This means that, sometimes, the environment is powerless to influence the choices of an individual to bring a particular value judgment about themselves and life, a judgment that has a destructive effect on the individual.

Man can impose a conviction to himself that he’s no good, even if people around him try to tell him that he is worthy of respect and deserves to be loved. When it comes to shame, not even many social confirmations in a long period of time can contribute to one’s liberation of destructive influence.

Wasn’t Merilyn Monro, the legendary movie diva, worshiped by millions of people, famous writers, and the president? She was a movie star and had more money than she ever needed, yet,  inside she felt unhappy and in the end she committed suicide. She may not have been shy, but she carried an emotional wound that ached too much, no matter how much consolation and social satisfaction she got. The same power of consistency also has a feeling of shame. All the praise, supporting and encouragement is in vain if we carry the primary shame inside us. That feeling of shame emerges like a phantom, when we least expect it.

Shame can be healed 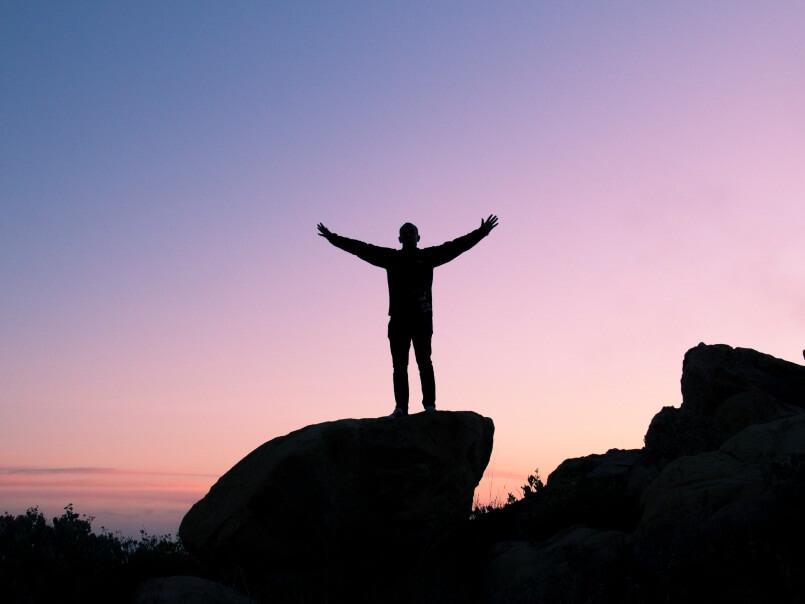 Shame is a much more common factor for reduced efficiency in people’s life than intelligence. There are a lot of shy people, although you can’t see it at first glance.

Many can successfully conceal it. People often compensate for it with the opposite behavior. Faking to be strong, and sweating when they are in touch with people. They pretend they are smart, but blush or go pale if they have to perform in public. There are many possibilities in concealing shame. Shame is one of the most widespread epidemics.

Don’t convey messages such as “You’re no good”, not with words, nor gestures, nor with the look in your eyes to the children. This trammels pleasant feelings and creative energy. If you understand this, you first need to forgive yourself for wearing inside an implant, foreign tissue in the soul, “I’m not good enough”.

In restructuring your own personality, start first from reality. You know that you carry inside the primary error, and that you live under its dictate. Accept it, not in the sense of capitulating or to surrender and always stay that way.

Accepting it, it means to face the truth that there is something in you and recognize every time it sabotages you to achieve your dreams. Awareness of the fact brings the power of ruling over it, instead of the opposite.

Speaking of shame, when you perceive with your whole being that shame has put you in chains, then you can slowly begin to set free from it. It’s not easy and it can be stressful.

Some people can’t set free from it. They continue to live like a broken mirror whose parts are put together and framed, and it reflects reality but in multiple reflections.

Is there a way for a person to get rid of the shame? The solution is to set free from the mindset, that’s fixed in your soul “I’m not good enough”. Charles Berner, an American psychotherapist, invented a program to successfully break down fixed attitudes. His psychotherapy program is known as clearing. The purpose of clearing is to free you from your torturing past. There is no third solution to overcome your weaknesses. The third option, which is not a solution, is to live the kind of life we are destined, with the pain, suffering and torment, and occasional flashes of joy. Human is a creature of habit but, paradoxically, of options too. Choose.