From Anna Karenina to Marge Simpson, women idols changed through time, but TV show “Sex and the City” have made the biggest influence and the hordes of pilgrims followed their female heroes in the whole world.

But still, the question remains: will this four riders of apocalypse from NewYork be remembered as: the biggest fighters for women emancipation, guilty for the explosion of the number of unmarried women or just normal girls whose biological clock is screaming.

In almost every part of the world, girls have been “fighting” weeks before the premiere just to get a free seat. That just shows how big an influence our ex-leader of single women, Carrie Bradshaw, and her gang is having.

In the past, men had led countries, armies, they even had the right to write big pieces in which the central character were women. That’s how the most famous female character from literature – Anna Karenina, was made by a man – Russian writer Leo Tolstoy.

Through decades, women have, bit by bit, taking things into their own hands, so from Leo Tolstoy we got to the Candance Bushnell – the author of “Sex and the City”, a book that inspired a TV show and two-part movie that changed the world. Between the time when Tolstoy was popular and today, a lot of things has happened.

The world has drastically changed, girls are brainwashed with new age TV Shows and generation of men that were raised by women are not strong enough to put a stop to it. That’s why the promiscuous hero from “Sex and the City” Samantha Jons would never come in a situation to throw herself in front of a train wheel like Anna Karenina did.

Because this ballsy New York woman is living in a time where boundaries and prejudices are removed faster than her bra, which is exactly what she described to one of her males:”Honey, this is the first time in the history of Manhattan that women have the same amount of money and power as men, plus the luxury to be treated as sexual objects.”

Did ‘Sex and the City’ influenced American women?

The influence of characters from TV shows and movies on women is big. Characters in the shows are created as a picture of life. But when the show became popular, they were showing these characters as idols to millions of people.

Sometimes it’s a fascination with one character, that some young person wants to look like. But that is rare. Far more influence have these patterns, models that are repeated through different shows, movies, and even commercials.

Then, when it’s repeated in different places, the one that is watching all that is concluding that those patterns are indeed a reality that needs to be accepted and adjusted to. So, what those series are offering is identity, just like a character that people should imitate in their real lives.

A lot of young girls are coming to a conclusion that their mothers, who they respect and love, are victims and they don’t want to look like them. That is why girls are much more than guys looking for new idols that they like. And that’s how we again come to these models that are shown on television or people that are on TV, public figures.

If today’s pop culture is marked as a consumer one, then it’s clear that her main target group is women. Drastically change has happened in Hollywood just as in the music industry.

Instead of heroes like Greta Garbo or Ava Gardner, today’s creators of mass taste in their demand as main stars are offering girls or women from the neighborhood. From that, it’s clear that for the main heroes of “Sex and the City” four females of average looks are chosen. Although they are sexually objectified.

It’s why the main character of “Sex and the City” – Carrie Bradshaw, even as an independent and successful woman, on the other side, she is incurably insecure in herself and is constantly analyzing every gesture of her partner.

Just like hundreds of millions of girls and women that absorb every sentence and move of this most famous television columnist. But as imperfect as she is, Carrie got the most desirable single man in New York.

So, for every fangirl of Miss Bradshaw, the hope remains that they can manipulate and win some American or worlds Mr. Big, without looking like Adriana Lima.

Today’s women are, through the media, getting some kind of instructions on how to be successful in public life, how to dress and how to be popular, how to look in order to get a certain position. 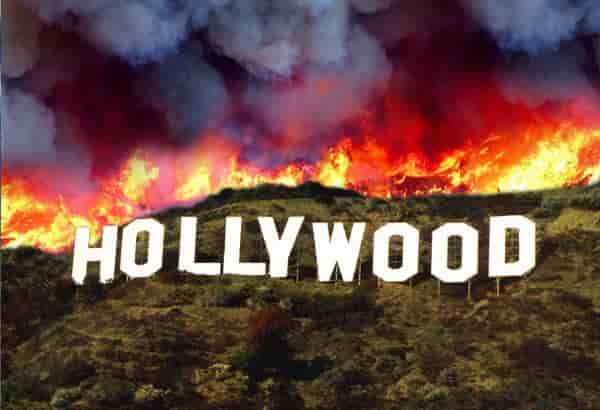 From Anna Karenina to Carrie Bradshaw and Samantha, a lot of things happened on the “women’s rights” field. In shows and movies, trends are changing, so heroes are moving in a range of spinster-successful business women to the housewife. Still, the term spinster is almost completely lost since that means some long term status of a woman that lives alone. Today, in the “Sex and the City” era, loneliness is not what our TV and movie characters want, but it’s just a stand-by state until the real man is found.

The most famous female character, just a little before then “four riders of the apocalypse” are going to ride the world through the Sex and City, was Bridget Jones that was fiercely fighting against overweight and loneliness.

Even though her appearance has thrilled women all across the world, one of the leading ideologists of the English conservative party, David Willetts has marked just the character of Bridget Jones as the main culprit for a total disaster of family values in the world.

Because, young women, by copying Ms. Jones, are looking for their equally educated men with a good career, that are in deficit.

Emancipation – They all still wanna get married

This next mixture is typical for women from these shows: On the one side, they are free, emancipated, living a life, spending their money, spending men giving the impression that they aren’t interested in marriage and family.

That contradiction exists as an internal conflict in many women’s heads: how to remain happy girl that is having fun and at the same time become a grown up woman, mother. And they are looking for a solution in a magical man that will help them to become both. But not only that those men don’t exist, but the incel population among men is increasing. And that is why this is a recipe for loneliness. 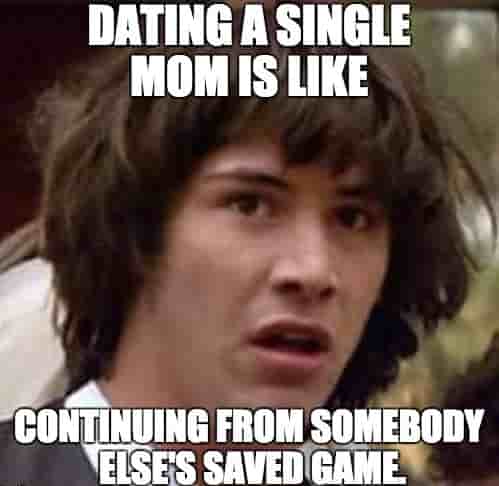 That was also evidence that men are watching those shows too, even in order to get some political points. That’s how Bridget Jones, a girl with an overweight and emotional problem, has gotten herself in the British parliament. But still, men are not the only ones that are raising their voice against TV shows and movie actress.

A few years ago, in the midst of a huge popularity of the TV show “Ally McBeal”, American feminists have been very harsh to the main character of this show. They said how Ally McBeal has a destructive effect on young American women, because of her dependence on a man.

Feminists have barked on Ally saying that it’s completely abnormal that, in a post-feminist era in America, one successful lawyer is sacrificing her emancipation, and all that just to please a man.

It’s why women can’t fully commit to one role, without being depressed and unhappy since she had to abandon something that is important in the other role. Her fight to please both of these roles is appealing unattractive to younger generations.

If you live in New York City, you can visit that confectionery where the show was filmed, you can always see a lot of young women there. They act like some kind of modern pilgrims that are visiting their “holy place”. That is why I say that this TV show is a monument of immaturity.

All female characters in the show are old girls that are trying to realize their romantic dreams. That doesn’t end up well, so they remain on a level of an adolescent group in which their friends, in emotional meaning, are replacements for a partner, family or kids.

On the one side, their fantasies about love and marriage are actually performances about a man that will love them in a way that enables them to not grow up, and on the other hand, they reject growing up until they fulfill these fantasies.

Because of all that, this show is sad in a way, since it’s a picture of estrangement and loneliness that exists in modern urban cities.

Sometimes a woman does everything that she needs to become independent, but then a problem shows that she never thought about it. No matter that she is now perfect by most criteria, she simply can’t find a partner.

That is why the consequences of TV shows who promote women that are “free” is an explosion of unmarried women in their thirties, that are more and more showing up in America and who, just like our main heroes of “Sex and the City” at the end get married and have kids since they can’t get “free” of their biological clock. 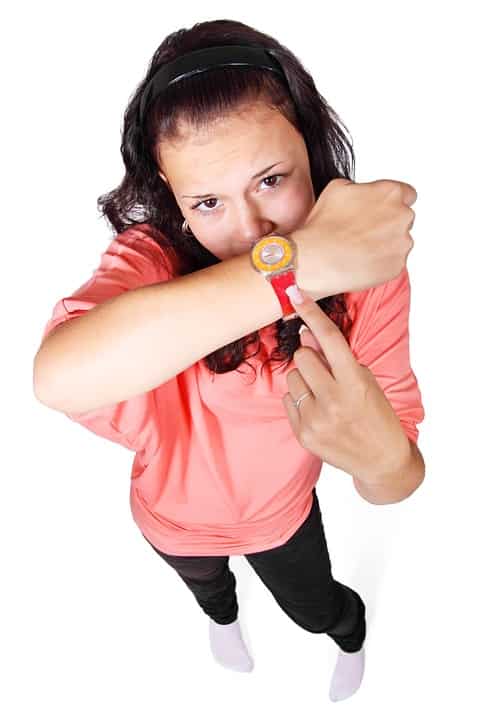 Everything is connected in one knot that is hard to untie. The core of this problem is that the young generation doesn’t want to grow up because they are mistakenly thinking that growing up means doing the same things as their parents. That is why boys and girls don’t want to leave that phase, we call “having fun”.

And after all this, what is left to a woman? To be a housewife, find the right man, or to go for a successful career and copy Carrie, Charlotte, Miranda and Samantha? How will girls look like at the middle of this century? One thing is sure about the women’s profile in the future – she will have a vagina.

There are endless possible scenarios on how will things look like in the next fifty years. If you ask me, for what we call western world today, then the only thing that I can say is that a woman of the 21st century is a person with a vagina, and a man is a person with a penis. Or at least, that is what globalists are pushing.

That means that every other parameter, social or psychological will be disaggregated, atomized and rejected. We are entering a period of a total negation of gender roles, which will come to having a spectrum of characters that aren’t connected to their gender and that unfortunately, gender itself would become a less important factor.