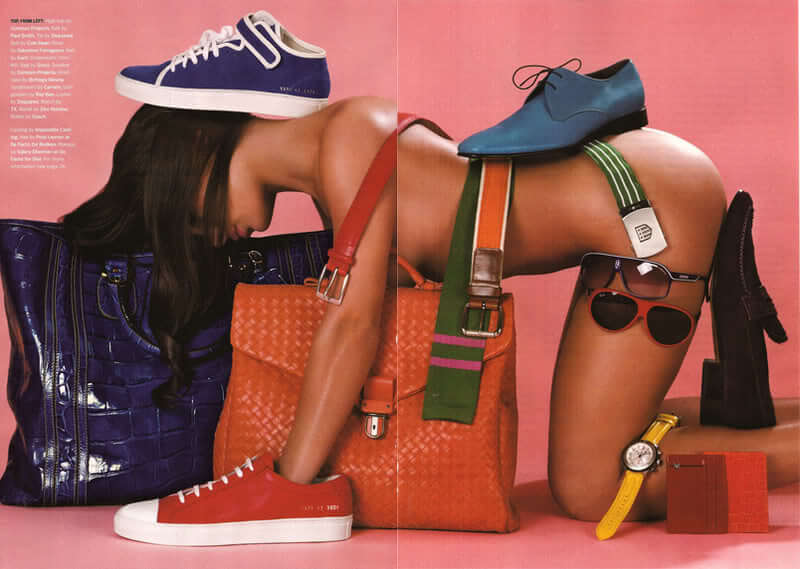 Most men in the western society would say that treating women as a sexual object is one of the worst things you can do to them. Sexual objectification of women is always mentioned with disgust, and it’s criticized in almost every media for more than a decade now.

But when you look outside mainstream media, you would notice an interesting phenomenon that everyone is disgusted by it except for women. Females are really obsessed with being seen as a sexual object. Magazines for women are filled with advice on how to look more provocative, fashion products are created with only one goal – make girls look sexier. Girls also buy “romance” novels in which women are sexually abused in bed. Every movie women love have a female protagonist that at sooner or later relieves her true physical attractiveness. 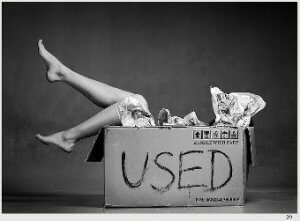 The topic of sexual objectification confused feminists. This contradiction could not stay ignored so they rationalized it, as they always do in this cases. This is how the “being sexy and provocative is empowering” idea came to the scene. But feminist didn’t answer one important question. Empowered for what? They don’t answer because it would crash their whole theory apart.

The answer is, of course, empowered to seduce men. The most important female power is sexual attractiveness, a fact even feminists admit in their weird way.

Women know that looking sexy comes with a lot of advantages. Being sexually attractive to a guy gives a woman some sort of power over him. If he is alpha, power to carry his healthy babies and if he’s beta power to manipulate him to do things she wants. Their primary biological purpose (to reproduce) depends on being sexy. Women cry out for being sexually objectified. They desperately need to feel desired and would do crazy stuff in order to achieve that goal. Some companies like Facebook, Instagram have made fortunes using women need to be validated in a sexual way. Every like on a sexy picture is a form of validation. And nowadays, it’s hard to find a girl without a bikini picture. 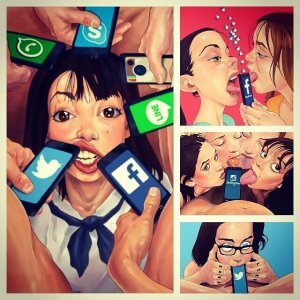 Pro tip: Women want to feel validated by every man. Sexual objectification goes in their favor. But only attractive ones are allowed to act on their sexual desires. If an unattractive man comes close to her and wants to touch her, he becomes creepy. He becomes misogynist for treating women as sexual objects. On the other hand, everything is okay, sweet and cool if an attractive man wants to do the same.

How to use this to your own advantage

Most men are dead afraid to be labeled as creeps. They would never even approach a girl if they think she might say that magical word: creep. Which brings us to the conclusion that a guy who isn’t afraid of being sexual is already one class above than the rest of men. This means:

Apply steps above and you will have a big advantage over most of your competition. While they are afraid of being called creepy you will have kind of interaction with women they can’t even dream about it. Guys that are not afraid to be sexual usually have more interesting and funny conversation with women. Not to mention that it’s more likely for that conversation to slide towards sex.

Welcome to the club

Back in the days, when PUA was not so popular, people that were reading and applying pick-up materials considered themselves to be a part of the so-called “secret group”. It was pretty cool back then knowing that only “few” people in your city know about things you read and understands the things you do. Today, the situation is different. Personally, I think that when a guy truly understands that sexual objectification is what women really want, he is already a part of the group that is outside of the matrix. Since we are constantly bombed with blue pill information, people that see the bigger picture are indeed blessed.

What are your options? You should choose to be a part of the group, or you can stay in matrix believing the liberal media. Now, if you choose the first option, there is one more thing that you need to know. You will be called a creep, you will feel rejected, you will feel like shit from time to time. But you will also have a beautiful girls in your bed from time to time. And as times goes, and you practice, things will only get better.

Understand that this is not a sprint. It’s rather a marathon. It takes time to throw away all those years of blue pill programming. You will have to confront all those deep-seated behaviors caused by the false concept that girls hate to be perceived as sexual objects. You will have to push yourself outside of your safe zone and beat that fear you feel everytime you want to approach. I am here to tell you that the reward is worth it. I suggest you stop wasting your time, free yourself from chains and start working.