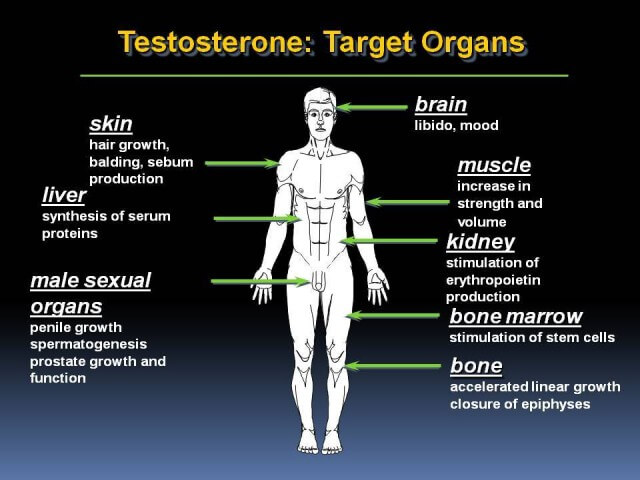 Will a man be more dominant, aggressive, and therefore, more attractive to the female, doesn’t depend only on his intellect, intent or decision, but also on few chemicals that affect his brain. The most important among them is testosterone. This hormone affects us whether we have him in big or small amounts. Thanks to testosterone men have bigger sexual potential. Sexual potential involves attraction, sexual drive, the frequency and duration of the sexual act.

That awareness will boost his self-confidence in dealing with potential female partners. By man confidence, a woman often concludes how strong his libido is.

Women can also smell how much your libido is strong. Men are secreting hormones through the endocrine system, and they appear on the skin so that females can sense those pheromones. These pheromones are detected by us through the nose in the Vomeronasal Organ. This organ has receptors that are extremely sensitive to pheromones in the air.

It’s important to notice that pheromones don’t have a discernable scent, and still, we feel attraction to persons that have a high level of opposite genders hormone, even if their visage isn’t perfect.

Testosterone is not just affecting our sexual potential and chemical structure of pheromones, but our external appearance. This potent androgenic hormone is one of many factors involved in the development of muscle bulk and strength. It increases neurotransmitters, which encourage tissue growth. It also interacts with nuclear receptors in DNA, which causes protein synthesis. That makes exercise more likely to build muscle.

During puberty, testosterone is responsible for the development of male attributes like a deeper voice, beard, and body hair. It also promotes muscle mass and sex drive. Its production surges during adolescence and peaks in the late teens or early 20s. After age 30, it’s natural for testosterone levels to drop by about one percent each year.

What else do we know?

-Testosterone is increased after sports activities, especially if you get good results at it, for example, if you defeat your opponent. Interestingly, an increase of this hormone is noticed in fans when their team is winning but decreases if their team is losing. *

-Sexual stimulation and sexual activity cause this hormone of aggression levels to rise. Testosterone levels can drop during a long period of sexual inactivity. Low testosterone can also result in erectile dysfunction.

-Married men have a lower standard of testosterone since they aren’t in “hunting” mode anymore. Recently divorced men have a higher level.

-The concentration of testosterone in the blood of a healthy man varies during the day. It’s on the highest level around 8 AM (that’s why you sometimes wake up with an erection). But when you’re about to sleep, that amount is halved.

How to increase testosterone

If you consciously walk around, chest held high, a “get out of my way” look on your face, and generally confident mood, your T levels will go up. So, body posture actually helps. Look confident and you will be.

Some studied shown that every extra hour of sleep increase level of testosterone by 15%.

You need to take your body fat at a minimum. Put some extra weight when you go to the gym.

Stress less! Easier said than done of course. But the best thing to fight stress aside from changing your mindset is buying a punching bag! That is why aggressive kids that start to train box or MMA stop making troubles on the street.

Protein and carbs! You have to put much more calories and to eat animal source food. Avoid too much sugar and plant-based food if you want your testosterone to be high.

Follow this advice and you won’t have to worry about your testosterone ever again.