I was never a fan of categorizing men in groups. Even although every man is a different story, there still can be found characteristics by which we can classify us. The simplest way to do this is to divide them into two groups: The ones that are attractive to women (Alpha males) and the ones that are attractive to females only for taking their resources. (beta guys).

But, since I have been getting a lot of emails with questions like “What should I do in this situation?” or “If I do this, wouldn’t that mean I am beta?” I have decided to write this article about the three types of men. So, here we go, as usual, we start with the group we are all familiar with. 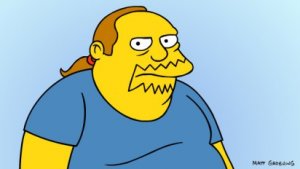 This is someone who puts women on a pedestal and fulfills all her needs, and that is usually a consequence of growing up with the passive father or single mother. He rarely gets women into a bed and generally ends up as a friend (terrible place to be in). He is insecure, and everyone can see that – by his way of talking, look and body language. There is no way he will trigger anything else in women except for pity, if even that. Nice guy always finish last. This is the worst group and about 80% of men are like this.

Jerk is someone who initiates emotions in women (mostly negative ones). He has a nice chance of getting sex with a lot of women. He is usually a guy with a big ego and for him, he’s always in a first place. Jerk is such a challenge for women that most of them will cross over all her principles just to get him. It would all be great if there aren’t some of his characteristics that screw him over. The problem is that his strength is also his weakness. Even if he doesn’t care what his target think, he hates losing. And he looks at anything as a win or lose situation which limits his enjoyment in life. In other words, he needs small victories to feel like he is worth. And not just over women, but everyone, including family and friends. Because of all that, he doesn’t have many friends he can rely on. Jerk usually ends up with a woman that create big drama just to feel alive, not kind of relationship you want to be in. 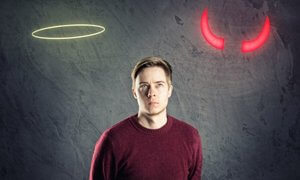 This man is very confident, and everyone feels safe around him, he loves himself and knows what he wants in life. His way of talking, the way he looks and moves are very attractive to women. We can tell that he also triggers some negative emotions in women, but unlike jerk, he will mix those with good feelings. Most people consider this guy as “alpha man”.
Another difference is that everything he does is out of love. A real man loves women, he loves the way they smile, talk and scream. His secret is that he loves himself and by that, he loves everyone else. He put himself in  first place. You can read Casanova memoirs and see what kind of love I am talking about. He is honest, but not naïve.

We have said all about the three types of men and their characteristics, so I will just write a couple of advice that can help you have a mindset of a real man.

You: ”Haven’t your parents taught you not to ask those private questions?”

There are also few tips I would like to mention about the relationship. That can be any kind or a relationship, casual sex or LTR.

In this way, you will feel love towards someone without having that “I need you” emotion. The problem with that emotion is that it comes from fear of losing. Real love is accepting your partner and everything that comes your way. You are absolutely a complete person. All problems come from the fact that people think they are complete only when they love somebody or if that person loves them. This is tragic. Realize you are enough. Love is just a pleasure that universe is giving to you.

Don’t fill your brain with things that tell you otherwise, don’t let outside world influence you. Because we all know that’s not how the world is. And if you can choose one from these three types of men, choose the real man.