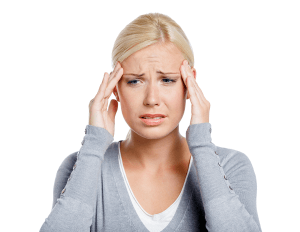 Every time feminists try to shame some behavior, you should ask yourself is that something women are attracted to?

Ghosting is an act of completely disappearing without warning from dating, social interactions or otherwise. But even more, it’s an act of leaving things unexplained. What makes this move so attractive to the red pill community is that it usually results in woman wondering and thinking about you more than ever. But, the main question is: Should ghosting be used as revenge or in self-protection?

Up until the 19th century, men overpowered their enemies by killing them. Death was usually the end game in most conflicts, be it love, rivalry or something else. It’s also much more romanticized than any other thing in the past. Suicide trends started entire revolutions. To be a force that can give or receive a death is a really weird power over other human beings.

Today, we can no longer go around the street killing each other and there are advantages to this since we don’t need to fear for our life constantly. But unfortunately, this modern society reinforces the blue pill philosophy of living. When you think about your grandfathers or great-grandfathers, you notice how the generation that survived WW2 is ultimately more prepared and capable for life. Boomer parents and current millennials look like little children compared to them. They experienced so many troubles that they acquired dominance and learned how precious life is.

Ghosting in our culture is the closest act to killing we have. With ghosting, you indicate similar emotions of sadness, stress, and loss, just like in death situations.

This just confirms the idea most articles have on this topic. When you disappear – most women will go crazy and hamster themselves to their limits. Since we live in a society where validation is so addictive and so easy to get as a woman, suddenly disappearing and not giving any attention what so ever is really a heartbreaker. They will demand a logical explanation (“just say something”). That familiar feeling of wishing you could come back so she can do things right will start to appear. Similar to when someone actually dies.

What should be your reason for ghosting?

Just like with the technique called negging, some of you in your anger phase will now think that this is a perfect response to your oneitis that has hurt you in one way or another, and maybe it is, but should you ghost a woman just so she thinks about you more? Is this coming from a position of strength or weakness? Listen, you need to understand that ghosting is more ironically about presence and is not spiteful nor aggressive. It’s a passive denial of any type of ownership.

You must resist your urge to hurt her emotionally and simply erase her from your mind. I found out that this is the most effective way to ghost a girl.

When you ghost a woman, do it to remove her from your mind, so that you can focus on the next girl, not because you want her to suffer.

By thinking about her hamster and reactions, you’re still giving her attention in your mind, and that is of no benefit to you.

This leads to the main reason for ghosting. The only reason you should ghost a girl is to protect yourself.
Ghosting somebody is when you’ve reached the conclusion that nothing good can come from continuing to know a person. What they think or don’t think about you after that is meaningless.

When is ghosting a must? 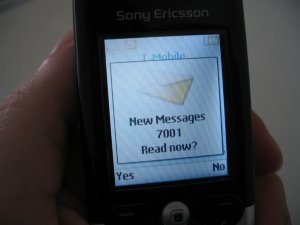 However, there is one situation when ghosting is the only option left. If your girlfriend cheats on you, ghost the hell out of her. Your history and lovely feelings will prompt you to confront her or try to gain some sort of “closure.” The closure is just her wanting to see a burst of beta from you. Then her hypergamy can satisfy itself that you really were, in fact, a loser. She should be dead to you, and there’s no clarity to be had. You were deceived, but you wised up and figured it out.

If you decide to confront her, you may get accused of getting into “her privacy” and such. Women are masters in shifting blame from them to men.

So, if she cheats on you, leave her without a word and block her on any social media you can think of. It’s the best card you have in that situation.