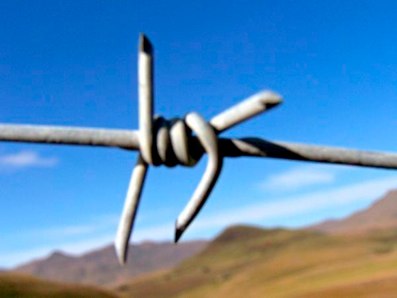 “Hold on for a second, she is still a virgin? And how can she be a virgin when you said she had a boyfriend for six years?”

“I don’t get it, when were they together, in kindergarten?”

“No, they broke up recently, they were together until she finished her college.”

“You have to be kidding me…”

“No man. But she’s not a virgin anymore, she slept with some guy who’s a few years older than her.”

“After how long, a few years also?

The guy waited for six fucking years to get sex, and at the end she dumped him.

This sad conversation that I recently had reminded me of a very important subject.

What are your boundaries?

How much shit are you willing to put up with in the hope of getting laid?

It’s interesting that there are guys willing to do anything, just to not get their girlfriend  ‘pissed off’. They are ready to be in a crappy relationship, to buy her stuff, to put up with her drama, to stand her insulting their friends, family, to insulting them, their life, to laugh at their values, and they are eating that all up. And let’s not forget about those guys that are ready to pretend to be friends, just so they can be near her, and because they are scared she will no longer be around them if they tell her the truth.

My friend, if you find yourself in some of these situations, you need to urgently do something about it.

I was really chaotic about those things. I would tolerate all kinds of things. Didn’t have personal boundaries at all. And then one day, I said it’s enough. And it’s not that hard. You just need to get your head straight and say to yourself, next time a chick does something I don’t like – I’ll leave.  I will just turn and leave. An even better option is to openly tell her, “ What you did/said to me is not nice, and I don’t have time for people that don’t respect me or my time.” And just leave. That’s it. You don’t yell, you don’t make a scene, don’t send her messages, don’t ask her to admit she is wrong – be above that. Just ghost her.

Have your boundaries and stick to them like it’s a matter of life and death. Only then can you develop a strong personality.

A common example that has happened to me in the past is that a chick postpones a date. I meet a girl, we go out for a drink, everything goes fine, the chemistry is there. And then we agree at the start of the week that she will come to my place on Friday. Tuesday and Wednesday pass with no problems, Thursday also. Then all of a sudden, on Friday, she tells you she can’t see you today, something is up.

In this situation, I want you to ask yourself one question.”Would she find time to see me if I am her favorite actor?”

Let’s face it, nothing is up, she had five days to fix everything and free her schedule for Friday. Instead, what does she do? She’s messing with you and your time. She crossed your boundaries. And what most of the guys do because they are afraid that they won’t get laid? “Well, ok, nevermind. Let’s meet tomorrow? Or, what are you doing on Sunday? Let’s  meet any day next week you want.” And then they become little beta monkeys which they will remain for that girl to the end. 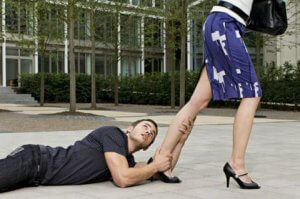 Wake up man, why would you be afraid that she will get angry? You are the one that needs to be pissed off. Did she say Friday? Yes. Then it’s Friday. If she cancels it, tell her directly: “No, it’s not ok. If we agreed to meet today, that means that I have put my time and energy for this day to be free for us, and you are showing disrespect. I can’t see you another day.’’

The tables are turned

Now, what do you think, how shocked is she now? She is used to running into guys her whole life that are soft and that she can manipulate the way she wants and then she got hit by a fast train. My friend, at this moment, you’ve got things under your control and you become the prize. You overturned the situation.

Same thing when she is late. There are girls that are late intentionally. She leaves the house on time, and then she sees that she will be there on time, so she slows down, starts looking in shop windows and new shoes, she intentionally wants to be late.  I always say to the girl before our date that I don’t like it when a girl is late. I wait for 5 minutes unless she informed me half an hour before that that she is going to be late. If I showed up and she is not here after 5 minutes, I leave. Yes, the first time it’s hard to walk away, but later it becomes easy. Today, the girl is taking a taxi if she thinks she will be late more than 5 minutes because she knows I won’t be there. And trust me, women hate very much when they put on all that makeup and spend hours in front or mirror just for nothing.

The best thing about all this is that after some time, chicks stop to flake you. Even girls that just meet you don’t play with your time. They can just feel when they run into a man of principles.

Just don’t be afraid to walk away. If that girl gets offended or angry and doesn’t call you – even better, right at the start you found out that this girl does not respect you or your personal boundaries and there is no place for her in your life. But, in most cases, she will call you and ask how can she repay you for that, which isn’t that bad. Give her another chance, because you are few big steps closer to your goal with her.