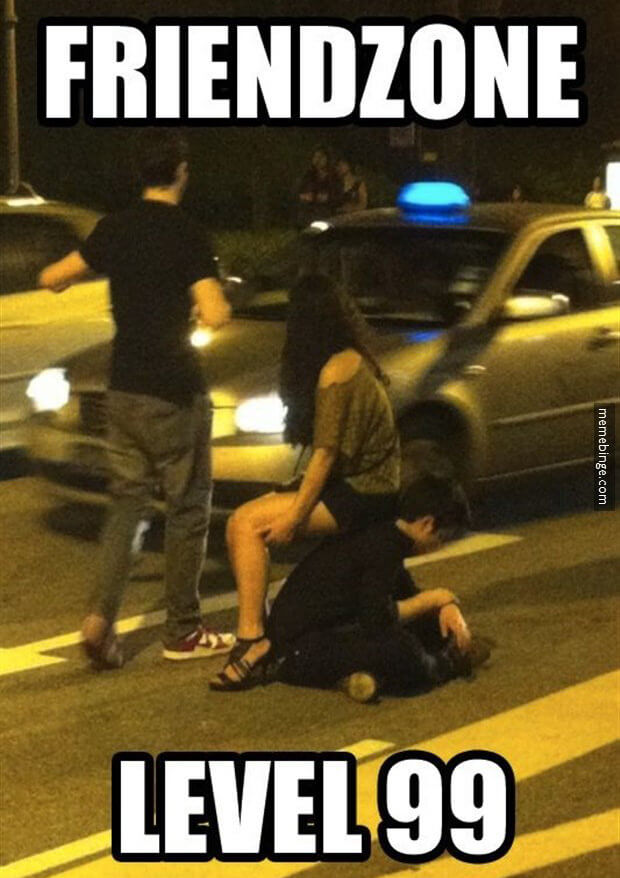 This is for everyone that is stuck in the famous friend zone and needs some advice on how to step out of it. I have decided to write this since I get a lot of emails about it.

Do you want to get a girl that sees you as a friend?

Are you doing everything to please her so at the end she could see how good you are and finally get in a relationship with you?

If you answered yes, you are in big trouble.

First, let’s see why you ended there in the first place:

So, how did she get to the conclusion that you are just her friend and not someone she wants to sleep with? Well, it’s because you do everything just like her friends. There are chicks that know that you want to fuck them but are still just keeping you in the friend zone. With this type of girls, you need to let her know that you also know what’s she doing, ASAP. As a matter of fact, I don’t really understand why would anyone want to have anything with a girl that just want to use them, but I guess we all need to get through same lessons.

With this kind of a girl, you need to take away attention you are giving to her.
And how to do that?
Start fixing those four mistakes above.

How to increase sexual tension? Simple, talk more about sex. Tell her that you love how her tits look in tight clothes she is wearing, tell her that you like her ass and that Cyndi (some girl that you fucked) had a same ass like that. Tell her all the nasty things you did to Cyndi. If you want to go further, tell her what would you do to her. Or just look at her like you are already fucking her and tell her that you two should become “real friends”. When she tells you that you already are friends, you just answer “but we are not REAL friends..you know what I mean”. Real friends = fuck buddies. This is just an example.

And don’t forget to be physical. Since you are friends, you could hold her hand while watching a movie, you can kiss her in sensitive spots. If you do this step by step, you could go very far since there is so much comfort between you two.

Listen, this girl already knows that you want to fuck her, so get some courage and show her that.

On the other hand, there are girls that aren’t really sure whether you want them in your bed or not. Do the same stuff with this kind of girl, just take it a bit slower. Be sexual, be physical and have boundaries. Women respect men with boundaries and precisely defined relationship goals. You have to know what you want because she’s not going to teach you how to get her. She doesn’t know how. All she knows is what she feels.

Don’t let her talk about anything that you don’t feel talking. Tell her, “I’m here because I want to enjoy my time with you, I don’t like to listen to this, let’s just have fun, and you will forget about all that.”

Before everything, you need to see if she thinks of you as a friend, or just as a puppet she can get attention when she needs one. If she’s using you, get the hell out. If she still has some respect for you, then you have a chance.
Ask yourself this: “would I treat her like she is treating me now?” “Would I say things to her that she is saying to me?” And you will know what to do.

Most guys in PUA community think that it’s nearly impossible to get into a relationship if you are in the friend zone, but I know some folks that are still with their girlfriends that were just friends at the beginning. And what they did is exactly what I wrote above. They increased sexual tension, and they were physical. After some time, they both got drunk, and that was it. It’s rare, but it happens.

The ultimate weapon against the friend zone 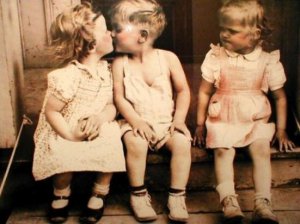 If none of this work, there is one more thing you should try. Preselection. But not just any preselection. What I want you to do, is to seduce her friend. Best friend, if possible. There is no better option than this. I had one girl that wanted to friend zone me in high school. Later, we were at some party, and I hooked up with her best friend. I’m telling you guys, you should see her face back then. She was furious, she couldn’t hide it. So I just ignored her that night. Next week, she was in my bed.

If this is not an option, then go to a party with her and approach a few women. Get a phone number in front of her. Make her jealous. Date other women. Post a picture of you and a few pretty girls on Facebook.
This is by far the best weapon you have.

Get your shit together and do some action. If there is no chance, be willing to leave. You don’t want her as a friend anyway.

I could turn this article into “Date me or I walk”, but no one from the group that sent me those emails would do that. They are simply just too deep in the friend zone or don’t have the discipline for that. Maybe they just need to get screwed by that girl in order to understand. Or maybe they will succeed.