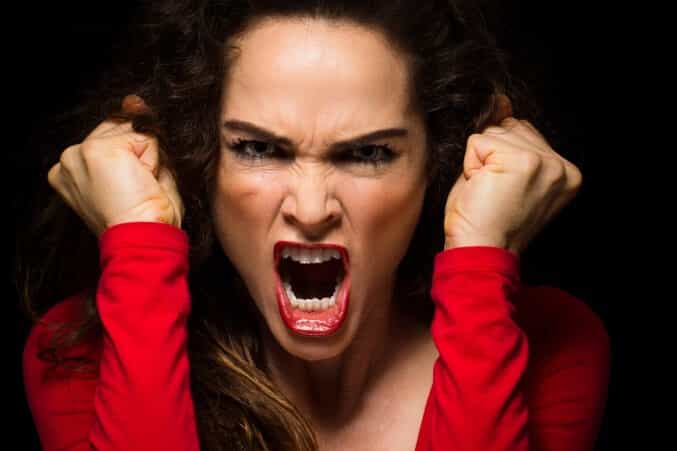 Back in the old days, when pick-up community was on a rise, everyone was talking about some magical “techniques” that you could just use and all of a sudden you would be a king in your own harem. I was never a fan of such techniques. I always thought that there was no place for things you memorize word for word in seduction.

But one of those techniques (Negging) stuck in my brain and after some time, I started doing it without even noticing it.

So, what is Negging?

Negging is a line you say to a woman to lower her inflated social value in relation to yours or simply challenging her view of herself. It is a way of telling her that you are on the same level.

Some examples of negging a girl:

“I love how you have such a long toes. I bet you can play piano with your feet.”

“Do you know your nose wiggles every time you speak?”

If you are using Negs as insults, or if girls get insulted by your negs, you are coming from a wrong mindset. If you think a girl is better than you and that you need to bring her down, you have to work on your inner game.

The mindset you should come from is that you want to challenge her very high opinion of herself.

In the movie, Rodger Dodger, when they ask a marketer how he is able to sell so much, he answered, “I make people feel bad about themselves.” If you want to sell something, you need to make people feel incomplete so that the product you are selling is the missing piece.

Same thing with women. If she feels incomplete, or even better, if you make her feel incomplete, then guess who is the missing piece in her life? You are.

Who to Neg and when to use it?

No, you should not neg every girl you speak to. If you neg a girl that doesn’t think of herself so highly, then it’s more likely she will get offended.

At first, you should neg only hot girls! Why? Because hot girls live in their own reality. They get so much sexual attention on social media and everywhere they go. The attention that usually comes from men results in her thinking she is something very special. Maybe even too special to talk with you as equals. This can be a good time for a neg.

However, you should avoid the biggest trap when it comes to Negging. And that is to use it as a reaction.

Never use Negging as a reaction; it will look like you are a butthurt little child that is just wounded by whatever she did. And being wounded looks weak. Being butthurt looks very weak. So avoid it at all cost.

So, be careful who you neg or tease, because if a girl has a problem with self-esteem, she can easily feel insulted. When you first start, you want to neg women who think they are special.

Why is negging women so effective?

Most people will say that they don’t care at all what other people thinks of them. And that’s a lie. Most human beings care what others think. We are wired that way. If you didn’t care what society or your group thinks of you only a few thousand years ago, you would probably be killed. Things are different now, of course, but the way our brain works is the same.

And I agree that the less you care about other people’s opinions, the better you will be in almost any area. However, to accomplish such a mindset is not easy, especially for women.

Women get attention from men from a young age. If she is pretty, then she is used to getting approached by a lot of men on a daily basis. All of this results in her thinking she is above average guys and that she is indeed special. But this self-image can be challenged the same way it is created – by other people’s opinions.

Girls are much more sensitive to what other people think of them. That’s why they wear makeup, that’s why they spend hours in the bathroom before they go out and wear those uncomfortable high heels, so they can look taller. This means that you can affect her self-image simply by throwing some comments.

The most powerful Neg ever

Now, with so many years of experience, I have developed some lines that fit my personality and work for me. However, there is that one thing anyone can use, and it works like clockwork.

So, are you ready for the best neg ever? Ready to hear the line?

Unfortunately, there is no line.

The best neg ever is to simply ignore her! Yes, don’t give her attention or validation. When you speak, be loud and look her in the eyes. When she speaks, try to look busy and just don’t care what she says or what she thinks. If she is in the middle of a sentence while speaking with you,  start looking at your phone, or starting a conversation with another girl(that is a very powerful neg)!

With that, you are not only showing she is not a queen and that you won’t bend over like the rest of the guys, but you also show her that you are not interested in her. And that maybe it’s that other girl that interests you, or maybe you care more about news than what she has to say. But on the other hand, every time you speak, you demand attention by closing eye contact and having good timing for it.

This is in correlation to the validation game, but it’s not easy to learn. If you try to learn this, you will look bad and uncalibrated until you practice it enough to know the perfect moment to just cut her off and ignore her.

For some naturals (guys who do well with women naturally), this comes easily. They simply behave like that with everyone, and they think they are too special to give someone their whole attention.

Pro tip: This also comes naturally for older guys. They are negging women all the time without even noticing it. Older guys that look good just don’t give so much attention to women and aren’t needy, and they get laid a lot if they know how to use it.

So, if you can do something that has the following subtext, “Hey, I am special also; you are no better than me!” or “You are not as special as you think,” it can be considered a neg. So, there are different variations and versions of negging.

But before all the women jump into commenting my article saying that this is insulting, I would say that guys who use negs as insulting are not doing it right. They simply don’t know how to use negging and because of that, they won’t have the success they were hoping.

Of course, I don’t care about comments from girls since this is a blog for red pill men, but I still have a need to explain negging since most guys do it wrong.

If you know how to do negging properly, I would say that you have a very powerful tool to get girls into your bed. If most girls you neg react very negatively, then you are not doing it right, and it’s time to reread this article.

This “technique” is not something you learn overnight. For now, I suggest you be aware of it and just wait for the perfect opportunity to use it. It works very well with very hot women, and it doesn’t work with average girls. Have that in mind when you go hunting next time. Good luck.