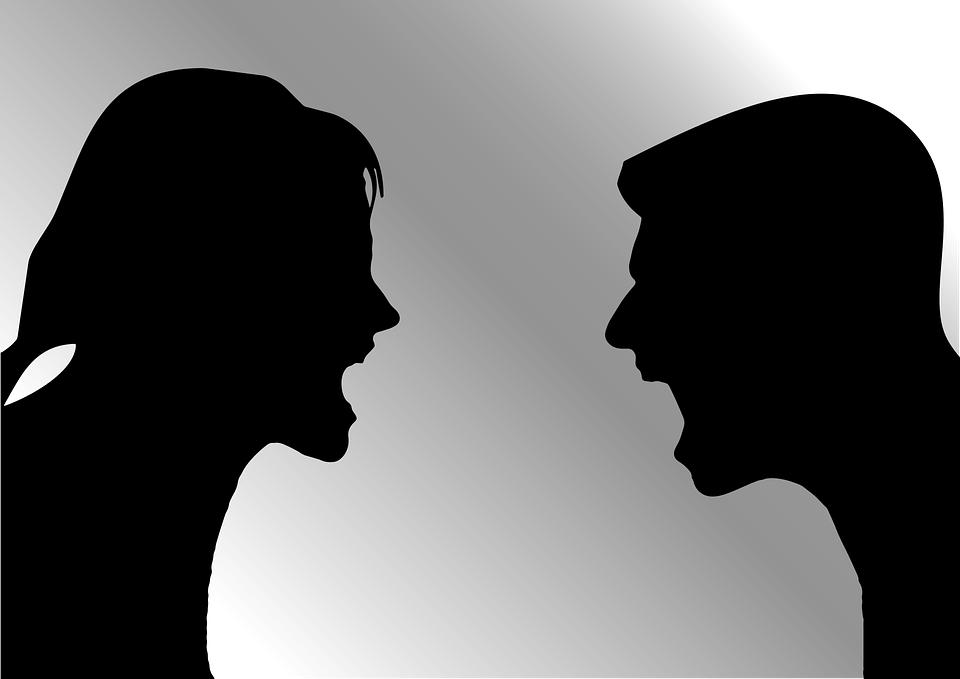 There was an article one month ago that was a pure example of the red pill. It was about how a feminist and leftist Hillary fan could not stop dating Trump supporters. I thought to myself that this article confirms so much of the red pill theory that it is actually funny. So, let’s get to it:

“It’s the one where I started arguing with a Trump supporter at a bar and then before I knew it, I was waking up the next morning in his bedroom. There were flags everywhere: Ronald Reagan’s face was emblazoned on one of them, “Don’t Tread On Me” made an appearance on another. I say it was the “worst” not because the sex was bad, but because, well, see above.”

The key word here is “arguing”. Arguing is interesting, and not agreeing with women is attractive to them. Having your own opinion and standing up for it is attractive. Being a little beta boy who will agree on everything with her is repulsive and disgusting to a woman. They simply know that beta boys are so desperate for pussy that they are dead scared to disagree.

Blue pill guys just don’t understand that all of this is a giant shit test. Women are naturally agreeable, men, on the other hand, are confrontational. Who will get that mad feminist pussy? A Chad who doesn’t give a fuck about her opinion and laugh at it or beta Steve who will act like he changed his opinion and values so he can avoid upsetting her?

This is what people think when they say, “just be yourself.” It can be translated to “don’t be agreeable.” Don’t be a nice guy.

This was in early 2016 and—while it doesn’t excuse my choice of partner—it was before Pussygate, before the suggestion of violence against his opponents, and before the realities of a Trump presidency really set in. So while I found a lot of his comments abhorrent, hooking up with one of his supporters wasn’t quite the moral conundrum to me that it would become a few months later.

This girl is feeling so guilty that she slept with all these Trump supporters that she feels the need to justify herself to others and probably even herself.  One of those guys probably made her yell “TRUMP, TRUMP, TRUMP” while ravishing her in a Ronald Regan T-shirt.

The level of rationalization (hamster) is incredible. What she wants to say is, “I know I am not supposed to do this, but emotions took over control.” Attraction is not a choice. You can be a real “misogynistic pig”, but if you have your boundaries, and she feels attraction, all that doesn’t even matter.

To my own surprise, we kept hooking up and—despite the fact that our political opinions were diametrically opposed—it didn’t feel weird. When we texted, we’d naturally argue about politics, but also about other things, like if corn or flour tortillas made for the best tacos, or whether Drake or Kendrick Lamar was the better rapper (I said Kendrick, of course). When we met up in person, that pent-up anger would turn into frustration, which would turn into a sort of competitive tension that resulted, inevitably, in sex.


This is the most interesting part. Not only disagreeing is attractive but it creates sexual tension. This girl is enjoying dating a person that is on the opposite political spectrum. She loves to get into a fight and start to argue, and she loves when she lose! By lose, I mean when a guy holds his frame and sticks to his values (when he passes the shit test). That’s probably where she gets wet and calls him an “asshole”.

Now imagine if she goes on a date with Trump supporter and the guy actually gets scared and starts agreeing with her and telling her how he loves Hillary bla bla. Imagine the disappointment this girl would have if that happens? No arguing, no fighting, and what’s more important, no sexual tension! I bet she would be so frustrated she would throw hell on him, feeling disgusted. She would probably accuse him of being racist even when he is clearly agreeing with her on every political issue.

What can we learn from this quote? Girls love drama, they love to build tension that can escalate to sex. They love fast escalation and enjoy such a tension and they crave it. Otherwise, it would be very boring.

I knew we’d never be anything more to each other than a hookup, but I didn’t care. The sex was hot, and it was uncomplicated in the sense that neither of us expected—or even really wanted—any strings attached. And since I was confident in my political convictions, all that witty banter about tax codes, emails, and border walls was the foreplay I never knew I needed.

Of course, the strong independent woman as she is would not let anyone turn her political convictions. It was all just about sex, she says to herself. This is some new level of a hamster.

Plus, in an odd way, sleeping with Trump supporters reaffirms my own political and personal values.

Happy ending, right? Well, I guess she had to write that for her blog. Chad ditched her (like any other feminist) and so she rationalizes to herself as “it was just about fun anyway.” Women have to rationalize in order to stay normal. I don’t blame her.

Should you discuss politics on your date?

Almost every magazine about dating will tell you that politics is usually a bad topic and should be avoided. Even we, at this blog, wrote that you should do so. So, why are we now encouraging arguing about politics?

The key is to hold the frame. If you can tease your date about politics and not invest emotionally in that conversation, then it’s actually desirable to do it.

Losing your frame, yelling and investing more than she is, is one of the biggest unattractive qualities a man can have.
Teasing her, and keeping the conversation serious enough to build tension but funny enough so you don’t lose frame is good.

You should discuss politics if:

1. You can hold your frame and build tension that way.
2. You are not reacting emotionally no matter what she says.
3 You are teasing her and are not afraid of her reaction.

All this makes the conversation more interesting and that’s why we suggest it. If you think that you can’t build tension arguing, then just skip that topic.

Feel free to disagree. You should disagree. Don’t be afraid of her reaction and show her outcome independence, show her that you don’t really care. Discussing politics in a way that builds tension is sexy.

Women’s hindbrain priority is a reproduction. So when her ideology conflicts with arousal, her brain solves this cognitive dissonance by overriding your cerebrum via rationalizing. Principles and morality are viewed as hindrances to your amygdala. This is why women defend guys they’re fucking that are mean to them or violent or a loser.

You don’t have to like them to want them. Always talk to the vagina, not the vagina person.