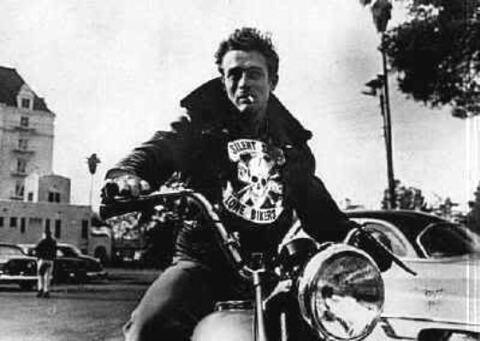 Why do nice guys finish last

For most people, it’s a mystery why women say they want a caring and a nice guy, but end up with an egoistic macho man – so called asshole! You must have noticed how those scumbags get girls easily; though you might tell yourself that “not all women are like that” (NAWALT). Moreover, if you are a girl, you must have asked yourself why you are attracted to jerks, whats the real reason nice guys finish last? Why can’t you find a nice dude who can trigger some sparks in your body?

The truth is bitter and difficult to swallow. It has been an interesting subject for many psychologists, and this is apparently an interesting question to many people (mostly men, but I’m sure that girls are fascinated as well) since a lot of you seem not to get why would someone be attracted to people who wrong them? This question is frustrating for females, and especially men who tend to get into anger zone over it.

I am here to try to give you some answers, so let’s get to it. Whats the main reason nice guys finish last?

Assholes have more attractive characteristics than a nice guy

A nice guy finishes last because he doesn’t know his priorities. He tends to please everyone at any cost; his parents, his friends, and especially – girls! He would please them even if he feels frustrated after.

In other words, he lets others step on him and has a weak character.

On the other hand, not only that some evidence has shown that socially aversive people are more physically symmetrical, but being an asshole comes with some of the well-known attractive characteristics: confidence, high energy, excellent social skills, humor, etc.

Overall, they are exciting and it’s interesting to be around them. Chicks never know what to expect from them, at least at the start.  They also have low agreeableness, which doesn’t make everything ordinary and boring like with an agreeable guy.

Bad boys think they are above every girl, and we have already said that women become what you think of them and adapt to your frame over time, that is why girls never get over their past alphas with whom they had a great adventure.

Remember, an attraction is not a choice.

Huh? Why would anyone want an asshole for a son?

Females on a conscious level want kids that will be successful and safe. However, on a subconscious level, they want their children to be survivable. Back into the old times when we were still living in a cave, being strong, manipulative, and aggressive was a ticket to a longer life. That can explain why Peter Jonason found in a sample of over 200 college students that those who reported higher dark triad traits also reported having more sexual partners and more desire for short-term flings (find this study here). The dark triad is a group of three personality traits: narcissism, Machiavellianism, and psychopathy. In terms of Psychology, the “asshole” consists of the following traits: high extraversion, low conscientiousness, low agreeableness, high openness to experience, and a bit of a dip into the dark triad traits.

Another study has shown that females who were ovulating were much more likely to choose confident studs then average looking men. They even wanted the “jerks” that were designed to seem unreliable, and financially unstable.
We still depend on our genetics, and a few thousand years are not enough for significant changes in evolution.

Women want their sons to put themselves first, to be confident, and manipulative. They don’t want a good guy that everyone will exploit. Notice how this is only on a subconscious level since single moms tend to raise guys that are everything but good with chicks, and that is because of the hard conditioning by the society. In the past, women were not the ones that raised their sons. That was the father’s duty.

Assholes are not needy 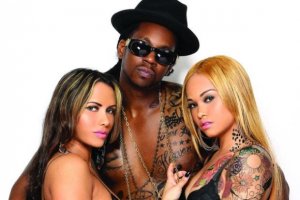 When was the last time you saw a bad guy that’s desperate for sex?

Exactly. They are always just the opposite of that. Neediness kills attraction faster than any other anti-seductive characteristics. Girls want a challenge, period. If a man gives her all the validation she needs(see more about validation game here) and thinks she is too good for him, then the girl also tends to think she is too good for him. And that means she can do better, so she rejects the poor guy and tries some other man: A man that doesn’t put her on a pedestal; a man that she needs to win over.

Jerks typically don’t give a dime about what she thinks. He knows what he wants, but he doesn’t need her to be happy. He knows he is attractive and okay without her, so there’s no neediness in him.

She thinks she can change him

This is also sort of a challenge for her. She wants a bad boy who’s going to get nice to her over time. It has always been that a guy with a bad habit is more interesting. For example, if he smokes, if he’s gambling or drinking. She wants to make him stop doing that and to turn him into a nice guy. Especially if he is a womanizer, that’s a real challenge.

The thing here is that girls don’t understand that if they turn their bad guys into nice ones, they won’t be interested in them anymore. If you change him, he won’t be that guy you wanted in a first place, he will become somebody else.

We talked about why nice guys finish last and why alphas turn women on. But that doesn’t mean that they will want a family with a bad guy? Girls tend to choose a different kind of man for one night stand and stable relationship or marriage.
Most females aren’t looking for jerks, but they are attracted to them because that’s what satisfies their biological needs. Women want and need different things.

Civilization dictates females to want an agreeable, family oriented man. However, evolution is telling women that they need a psychologically and physically strong person who will protect them. Luckily (or unfortunately), animal instincts are stronger than learned behavior. The sooner nice guys accept this, the sooner will they start to combine some of the alpha characteristics with their nice behavior.